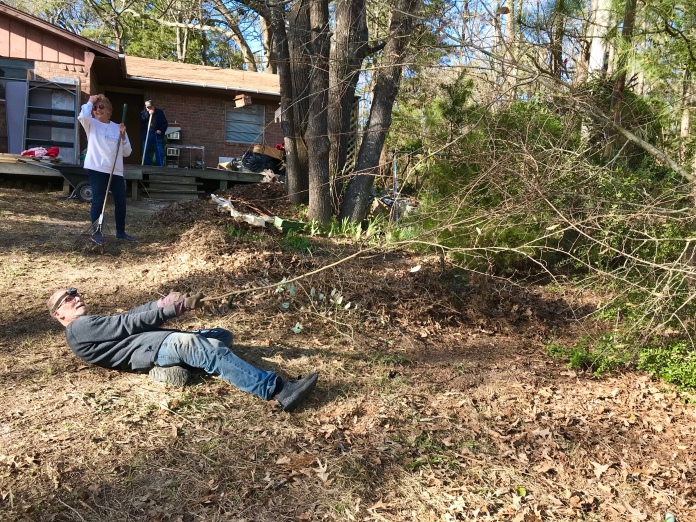 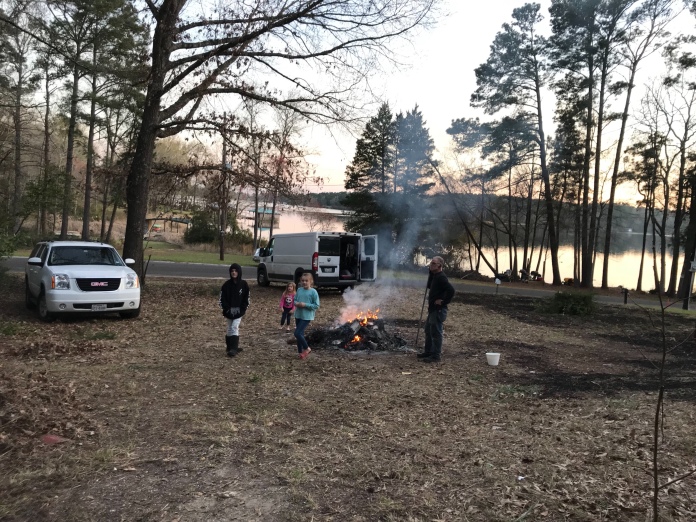 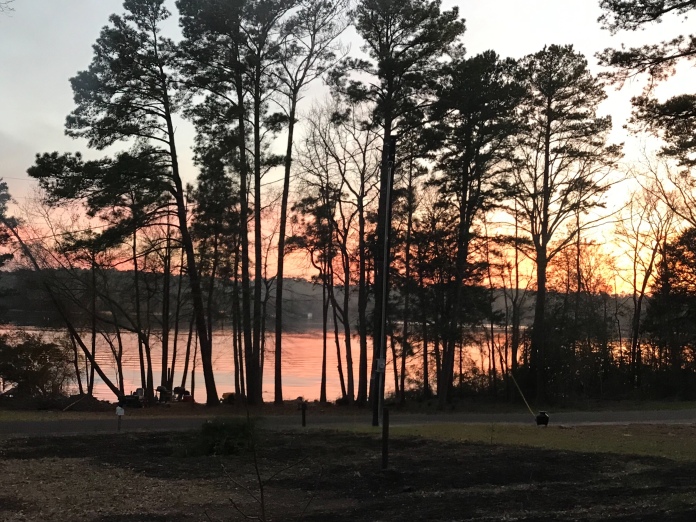 This was the last house that Zoë and her mom spent the night in.

(See: THE DAY THAT FLIPPED OUR WORLD below this entry for background)

We lived here a couple more years after the accident, but when we moved to our current house, I just didn’t want to go to the lake house anymore.

I had seen Zoë change, at 6 years old, from a giggling entertainer to a quiet, introvert there, but who wouldn’t, at that tender age, after suddenly losing her mother?

A change of scenery seemed to be the thing to do.

So we put our lives back together in our house in town.

We stored stuff at the lake house, checked on it every once in a while.

It set vacant for about 15 years.

It had been broken into, the air-conditioning unit had been stolen, but I was kind of dead to the house.

This Christmas, Zoë started to talk of the possibilities of her and Evan moving into the lake house.

Wendy and I were shocked. We never expected her to ever consider a move back to Hawkins.

So, in January, we began to start the process of emptying this old abandoned edifice.

It was sooo hard. A lot of things of Chelsey’s that we hadn’t seen in 15 years.

And, it seemed like so much work to do.

But we finally got to the point of being ready to start the repair process; new roof, new A/C, remove a tree that is about to fall on the house, and all the interior remodeling.

A/C guy would be coming in another week, so we went to the house on Saturday to prepare the room where he would put the new unit.

Zoë and Evan couldn’t come, so it was just Wendy and I.

I don’t know if you realize this, but I am starting to get old, and I have forgotten how to do a lot of things that I have done before, so every task is a bit intimidating for me.

Wendy is excited. “We can do it!” she says, and she starts to tell me all the things we are going to do.

I have to empty the attic, for the A/C guy to add the ductwork, so I pull down the disappearing staircase. We had had to shorten it in the past, so it would clear a new wall we had put up. (I barely remember doing all those construction things so many years ago, but, I know we did because we were too poor to have anyone else do them. Still are, I guess. Too poor.) Anyway, there is a little bit more space between the next to the last step of the ladder and the last one.

“Be careful of that last step,” she reminded me.

Up into the attic, I go.

Finally, there are only about 6 boxes left, but they are way up there near the front of the house, and I have to climb over ductwork, walk on studs, and crouch to get to them. One by one I start to move them closer to the opening.

“I need you to come down?” Wendy says. I could barely hear her.

I thought I heard another voice. It sounded like her mom.

“IN A MINUTE, I’M ALMOST DONE! YOU DON’T KNOW HOW FAR AWAY I AM! TWO MORE BOXES!”

She sounded mad. I was a little mad, too.

So, I crawled crouched boardwalked back to the opening, began my descent, and missed that last step, sprawling lengthwise across the floor.

I wasn’t hurt, but I knew it wasn’t my fault that I fell.

“You okay?” she asked. I didn’t hear any concern. Wait, doesn’t a fall get concern?

“Mom and Dad are here, and I need you to move all this stuff so they can come in!”

The weather was pretty nice, so we moved outside. We got Blair a chair for the deck, MaryJane picked up a rake, Wendy got some loppers, and I started the fire to burn wood, paper, and cardboard.

A while later, we were resting on the deck, and somebody noticed that the fire was spreading, fast, toward the not so friendly neighbor’s yard, so I ran to turn on the water. The hose I had brought was too short, so I began to fill buckets to carry to the fire to douse it so it wouldn’t spread.

The water pressure was so low, it took a good thirty seconds to fill a bucket, the hill the house was sitting on, got steeper and steeper with every trip down to dump some water, MaryJane began to cough and hyperventilate, I could hear Wendy on the phone. What is she doing? She called the fire department.

By the time they got there, I had the spreading fire stopped, the first truck drove right on by the house, and we waved down the next one. They went ahead and doused the burned areas, and seemed as if they were happy to have had the diversion. We talked as I watched the burn pile. The firemen left.

A little later, my nephew Adam, his wife Staci and two of their three girls and one of their nieces stopped to come visit.

The rest of the afternoon was…well, let’s just say…something changed inside me.

We showed them around, the girls were throwing a softball in the yard, we stood by the fire, slowly adding stuff to burn, and we just talked; Wendy, Staci, Blair, and MaryJane on the deck, Adam and I out by the fire talking baseball, coaching, and the goodness of God.

The sun was slowly nearing the horizon, the girls were playing with the fire, and there was a quiet peace on the lake that I had long ago forgotten.

The thought started to rise in me. “I like this house! I really like it out here!”

The pain and loss disappeared.

We can make this house a home for Zoë and Evan.

God is so Good!