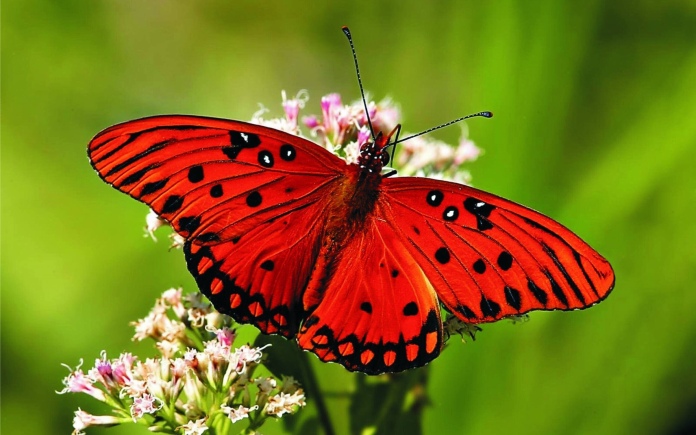 THE DAY OF MY SECOND BIRTH

On the day after the 37th anniversary of my second birth, I feel compelled to share the story of that day, in order to bring glory to my Lord, my savior, my friend, Jesus.

I will attempt to make this as concise as I can so that those that don’t believe may not get too bored.😉

My family, being a southern traditional Christian family, always belonged to and attended church religiously. I grew up with Sunday School and church attendance every Sunday.

Summer church camp from fourth grade through my senior year in high school every summer.

In fourth grade, as was the tradition of my church, in the spring we would have a “pastor’s class” to instill in us the beliefs of our denomination. In the spring, at the end of the class, we all “joined” the church, making us eligible to take communion, and we were all baptized on Palm Sunday. I felt warm and happy.

In my senior year in high school, I dabbled in marijuana and cheap wine. (Boone’ Farm and Spanada) I explored different moral choices than those I had been taught.

In college, I did not deem it important to be in a church. I joined hippy-type activist groups, let my hair continue to grow long, looked for hippy-type girlfriends.

I remember one time when a campus crusade guy came to my dorm room, showed me a pamphlet that showed a cross on a throne and a person on a throne, and asked me which one was I? I laughed at him, he talked a little bit, smiled and left.

I also took a Jewish girl that I was hanging around with to a “Jesus freak” rally. (Actually, it was her idea) When they started holding up one finger (for One Way) we kinda slipped out the back. I was totally untouched.

I started dating a girl I had gone to high school with, we lied to her parents, lied to mine, and moved in together while I was still in college. She got pregnant, we got married, and we still are.

One good thing from the messy way my life was turning.

Sometime during my senior year, I left school ( yeah, I know, why didn’t I stick it out?), moved back to my hometown, got a job, and settled in to “adulthood”.

Man, when I look back, I realize that every thing I did was for myself.

I worked for Safeway, then got a job as route salesman for Dr Pepper. I loved it, I was good at it, and I got fired for stealing. Later, I got another grocery store job, and I got fired for leaving out the fact that I had gotten fired from Dr Pepper on my application. That was really a low, low time for me.

And yet, I still considered myself a good person by comparison.

Finally after having a few fill in jobs that I didn’t love, I was hired by Pepsi as a route salesman. I became top salesman 3 of the five years I worked there, was written up in an article in the national Pepsi magazine.

I felt pretty good about myself again. After a while, I figured out how I could make a few extra bucks by changing some tickets, and one day as I was leaving one of my stores, I thought I had been discovered. Horror gripped me, and as I was driving back to the plant, I thought I would be fired immediately.

I prayed, “God, please don’t let me be fired. I will give you my life, I will do anything if you will protect me.”

I was never found out. I did stop stealing. I got a new route, one in my own part of town, and stayed on top in sales.

I and my wife, Wendy decided we would begin to go to church, because we had a daughter named Chelsey and I thought it was good for kids to go to church.

So we joined the church that I had been baptized in, 18 years earlier.

After a while, someone in the church asked if I would teach the high school Sunday school class.

The class had just begun studying the Gospel of John, and I stepped in at Chapter 2. I had never taught anything, had only read tiny portions of the Bible in all my 26 years, and the kids were totally fall asleep bored. So, I took the bull by the horns, checked a big fat commentary out of the church library, and prepared.

Chapter 3 begins with this guy named Nicodemus coming to Jesus after dark so no one would know, and tried to flatter him. Jesus told him he had to be born again to even be able to see the Kingdom of God.

What?! What the heck does that mean? I had never heard of this, and I certainly didn’t know how to explain it, so I read on through, talked a little about John 3:16, bored the kids to death, and finished the class thinking, these kids don’t even care to learn.

The next day, May 8, 1978, I was back at work, driving my big Pepsi truck back to my first stop, doing what I knew I could do well.

But I was so depressed. Tears were welling up behind my eyes, and I had no idea why.

I prayed. “God, why do I feel so bad? Shouldn’t a person feel good on Monday after going to church on Sunday?…….And, what does it mean to be born again?” ( Now, I wasn’t that much of a praying man, but this prayer I remember. I may have prayed out loud.)

I drove up to the Skaggs Albertson on Centerville Road in Garland, Tx, got out of my truck and kind of shuffled in through the back loading dock, hoping I wouldn’t have to talk to anyone just yet.

My head was down, and I had to step over a pile of trash that the floor crew had swept to the back room.

Right on top of the pile, there was a tiny pamphlet that said in bold letters, “Have You Been Born Again?”

I picked it up and stuck it in my shirt pocket. As I walked out into the store, I stepped over another pile of swept up trash, and right on top of it was a tiny pamphlet that said in bold letters, “What Does It Mean To Be Born Again?”

I picked it up and stuffed it into my shirt pocket.

After I finished my work in that store, I walked out to my truck, climbed in, started the engine, and pulled the two pamphlets from my pocket.

I read them both from start to finish, reading the prayer at the end of each, out loud, with feeling!

The prayer said something about believing that I could not attain heaven by anything I could do, I could not even get any favor from God for my own “goodness.”

It wasn’t enough to believe in Jesus; I had to let Him own me.

I had to belong to Him.

That day, I gave up my right to myself, and I asked Jesus to take over, that I would follow Him wherever He wanted me to go.

Now, here is the part I want you to hear, if you can.

( When I was in the fourth grade, I got my first pair of glasses. I had never realized that I had difficulty seeing at a distance, until I walked out of the optometrist’ office and saw, for the first time individual leaves on trees.)

For the first time in my life, I sensed love for God, I mean a real love for someone that I had hardly ever really thought about for 26 years of my life.

A lot has happened to us in our lives since this day, but that is a book in itself. God’s presence has NEVER left me, He has proved His truth to me countless times, and my love for Jesus grows even stronger by the day today. If you had asked me on May 7, 1978 if I was a Christian and if I thought I was going to heaven, I probably would have said yes. ( Though, honestly, I hadn’t given it much thought.)

I never tire of telling this story, and, the funny thing is, this was only the beginning. The richness of my life since that day has made the first 26 years just seem like so much darkness, and self-centeredness. If you have never tasted the life that I am trying to describe, I would love to share with you anytime you would like.