Wendy was a 19 year old woman.

The doctor had said, probably the end of June or early July.

We had the final two names picked out; Ethan Tyler or Chelsey Morgen.

But, today, Wendy’s parents were in Houston to see us.

We couldn’t get to Garland for Father’s Day this year, so they came to us.

I looked forward to the visit, because they usually paid for stuff; meals, gas…Money was tight at our end.

Wendy’s mom hadn’t really warmed up to me yet…but we were providing the first grandchild.

The warming wouldn’t come for another few years.

Wendy’s dad, Blair had served on the Battleship Texas the last year of World War II, so we went to San Jacinto to see the monument, the battleground, and the historic battleship.

We walked that day…a lot!

This was my first experience of hearing Blair telling stories from his past.

Stories of joining the navy, being absent over leave when his friend , Odom, came down with the mumps while they were on leave. He just couldn’t stand the thought of going back alone.

So, when he went back, he was in his commanding officer’s office.

“…there are two outcomes of this I can see,” he was telling the young (not quite 18) sailor. “We can put you in the brig…or…we can put you on the Battleship Texas.”

Blair, as calmly and contritely as he could, his heart racing with the prospect, “Sir, I guess I will take the Texas!”

I was hooked on the stories.

Wendy was pretty weary by the time we got back to Houston. We made a stop at Woolco (department store similar to Walmart) before they packed up to go back to Garland.

Wendy and her mom went one way.

Blair and I went to the tools.

I was sure he already had these at home, but I figured he just needed an upgrade.

We went back to the apartment, and Blair handed me the bag.

Seriously? I had never owned a power tool of my own.

I couldn’t believe it.

I hugged them both as they left.

Wendy’s legs were swollen from all the walking.

The doctor said that they were probably false labor, so we didn’t go in.

They did not go away. We called him back, he said to go on in to Hermann

I had practiced for this…I knew the route… I knew that if you drove down Main St at 26 mph you could hit every light green.

I tried to calmly explain my theory but she had no ears to hear. I increased my speed.

We arrived at the hospital, got checked in around 1:00.

We had gone through the Lamaze training, so I was supposed to be able to be with Wendy through the whole delivery.

The sent me back to the waiting room around 7:00.

Every show on tv that night had a woman giving birth, in extreme pain.

When they came to get me at a little after 9:00, the nurse led me down a hall, outside the nursery. I stopped, looking in the window, as a nurse walked toward me carrying a little naked baby with reddish hair, sticking straight out from its head.

I looked, saw the place, and mouthed, “Girl?”

The nurse smiled and nodded, and I thought, “So, Chelsey Morgen!”

That was a really good day!

I was still five years away from recognizing the One I couldn’t hear who was telling me in a language I didn’t yet know, “I know the plans I have for you…”

I called Wendy’s parents, and my parents, and they all drove back to Houston to see this first grandchild, the amazing Chelsey Morgen Epps! 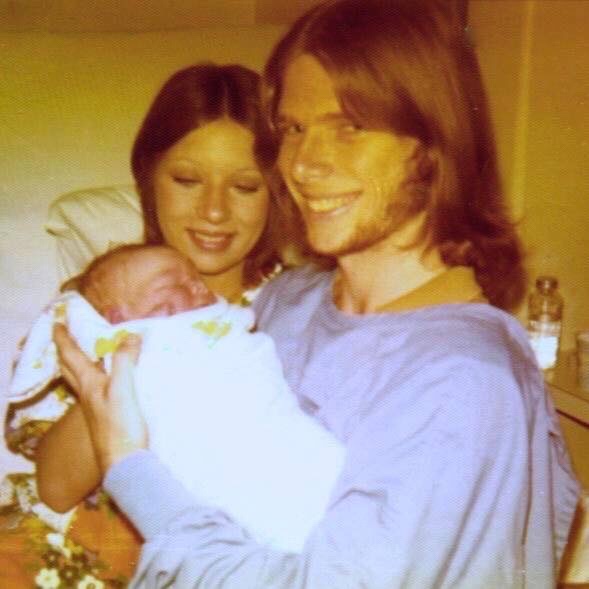 I had so much to learn.

One thought on “MY FIRST FATHER’S DAY”